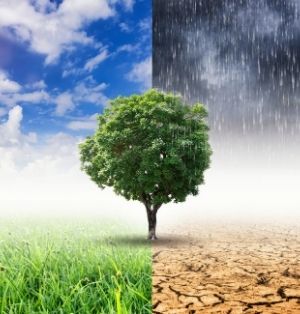 The following letter, written by Champlain Valley Farmer Coalition Executive Director John Roberts, was published in the December 24, 2020 edition of the Addison Independent.

With the release of the report of the Climate Economy Action Center of Addison County on greenhouse gas emissions we have been presented with a snapshot based on generalized “book” values of what the situation was a certain point in time, 2017. The report provides a very general indication of the state of affairs with reference to methane in Addison County. It does provide a baseline from which to work into the future, which has not been done before.

It is important though to recognize certain points. Enteric production of methane by ruminants can vary extensively based on the diet that they are fed; that is not considered in this report because the results are not based on actual in-field measurement, which admittedly would be next to impossible. However, a better understanding would be achieved by working with the farmers.

The main thing though is enteric methane is part of a natural biogenic carbon cycle, which separates this type of methane production from the carbon spewed out by fossil fuel burning, which just adds to the carbon dioxide in the atmosphere. Ruminant animals pass, mostly by burping, a quantity of methane as a process of elimination of by-products not useful to growth and maintenance, by the intestinal and rumen bacteria. This methane goes into the atmosphere where over a period of 10-12 years it is processed by sunlight into carbon dioxide and water. The carbon dioxide is absorbed by the crops, grass etc., through photosynthesis, which helps plant growth. The crops and grass are consumed by the ruminants, converting them into nutrient dense food, meat and milk and releasing methane. The cycle begins again and does not add additional CO2 to the atmosphere, like the burning of fossil fuels. I suggest Googling the “Inventory of U.S. GHG Inventories and Sinks, 1990-2018” and a video tinyurl.com/enteric-methane.

On a national basis, dairy farming has a less than 2% impact on GHG emissions. Through the Dairy Innovation Center project to be carbon net zero by 2050, dairy farmers are demonstrating their commitment.

Farmers are going to be a vital piece in our battle to reduce atmospheric carbon because soils and improved soil health have been shown to have the potential to sequester large quantities of carbon. Amongst other things, this will be in the improved soil biome, the increase in living organisms in the soil, like mycorrhizal fungi. It is going to be a team effort to realize these benefits. I know that the farmers in the Champlain Valley Farmer Coalition are interested in doing their part and helping an accurate real time assessment on practical solutions be developed.